From somewhere way back in one of the cobwebbed corners of my memory, I recall a TV commercial for Reese’s Peanut Butter Cups. Someone had a chocolate bar that accidentally landed in someone else’s peanut butter. An argument ensued along the lines of “You got peanut butter on my chocolate.” “You got chocolate in my peanut butter.” The idea, of course, is that they tasted great together. I love Reese’s Peanut Butter cups. I always overbuy them at Halloween so I can have the leftovers and rationalize eating them by telling myself that wasting them would be sinful. I digress.

What I really want to say is that Amazon and Barnes & Noble have started shipping the new Liz Talbot mystery, Lowcountry Bombshell–YAY! The eBook versions will be up soon–likely a few days before the official launch date of September 3. And I’m so, so excited!

But I also wanted to say to readers, y’all know these books–the whole series–they’re like Reese’s Peanut Butter Cups, right? They are mysteries, but there is also a romance that plays out over the course of the series. In the first book, we get some of Liz’s relationship angst, but she isn’t really in a romantic relationship. There are hints of one to come, to be sure. And it does, in book two, and it will be a part of every other book in the series. 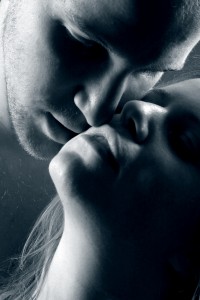 I know–because I’ve heard from readers–that many are eager for Liz’s romantic life to take off. Most have a particular guy in mind for her. I hope you’ll all be happy with where the story goes. I also know that some readers will not care for the sexual content. So, I’m doing everything I can think of to let readers know what to expect. I’ve put an author’s note on Amazon. I’ve made it clear–I think–in the back cover copy. If it were a movie, Lowcountry Bombshell may well be R-rated. (We’re not talking Fifty Shades of anything here, really. Just a private investigator getting to know her boyfriend a lot better.)

One lovely lady who reviews for our local independent bookstore described Lowcountry Bombshell this way:

Store pick: Another sharp, sassy, intriguing mystery from Susan Boyer, after her Agatha winning debut Liz Talbot mystery. Lowcountry Bombshell is again filled with unique southernisms, gracious charm, and a cast of eccentric characters. They include Liz’s client, Calista, a Marilyn Monroe look alike who is afraid for her life. Lowcountry Bombshell is a cozy feeling, hard boiled PI novel with a little romance thrown in. The best of three genres all mixed together. –Nancy M., store volunteer

Can I just say how much I love Nancy? I hope y’all enjoy this book as much as I enjoyed writing it. If you’d like a signed, personalized copy, but can’t make it to one of the events, the books can be ordered through Fiction Addiction here in Greenville. I run by the store and sign them before they’re shipped.

I’ve been fascinated since I was a child by Marilyn Monroe. Apparently, I’m not alone. The Marilyn Monroe estate is on Pinterest. She has a Facebook page and a Twitter account. NBC’s SMASH likely owed some of its devoted fan base to the lingering fascination with the blonde bombshell.

I’ve read several of the many books written about her. She was a lot smarter than most people gave her credit for during her all-too-short life. Were she alive today, she would have celebrated her 87th birthday a few days ago. Much has been written about her tragic, untimely death. But her life intrigues me more. From a childhood spent in foster homes, orphanages, and with various relatives and friends, she created herself–an enduring icon. She was the personification of glamour, the woman everyone wanted–or wanted to be.

Few people have that kind of beauty and charisma. Far fewer achieve that sort of fame. But you don’t have to be glamorous, beautiful, or famous, to feel like Marilyn Monroe. Every woman should feel like Marilyn once in a while.

I had a Marilyn Moment in the most unlikely of places yesterday–my gynecologist’s office. I know, right?

I’ve known these wonderful folks forever, but typically only see them once or twice a year. Since the last time I was in, my first book came out. Several of the dear, wonderful, kind women who work in this office have read Lowcountry Boil. Two of them are reading it now. When I walked in, they made a big fuss over me. I was “their author.” They made such a fuss, in fact, that ladies in the waiting room were curious enough to ask about me after I went back to the exam room. One of the nurses made a point to tell me that another patient asked her if she knew me. We got a big laugh out of that. She knows me better than most folks.

Before I left, I made new friends among the other ladies in for a checkup. Several of them asked about my book, and I gave them business cards with all the pertinent info. Meeting fellow book-lovers is always fun. But I have to confess, the attention was fun, too.

Have you had a Marilyn Moment? Spill!